Ebikes are designed for the pursuit of everyday fun

If you are not sure you are ready to take the leap, take the nice and "e-asy" option and rent an "ebike" from Earth Rider and give it a spin. 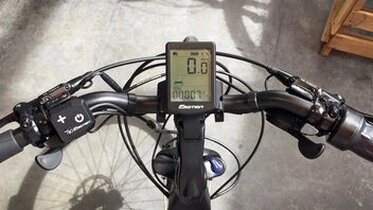 Workout
With an ebike you still have to pedal, you just get a little help if you want it.   The Emotion ebike offers the luxury of choice with four power levels so you can ride with no assist, a little to make up for the bike weight, boost or turbo, from a gentle push to a hearty shove.    You can still get your heart rate up if that is the goal of your ride, but if you have had enough, the assist will get you back home with minimal effort. 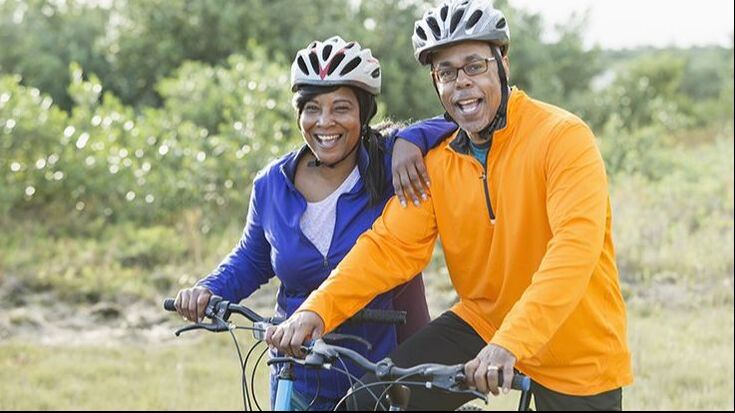 Ride with a faster friend
The cycling speed gap is a classic cycling occurrence--you want to enjoy a pleasant ride outdoors with your significant other or friends but there is a riding speed mismatch which often results in riders finishing separately or, in one reported case, a helmet being lobbed angerily at a tree!  One solution is for the slower rider to utilize an ebike.  The assist available from the ebike motor will have everyone riding side by side or front to back and enjoy the time together.  ​ 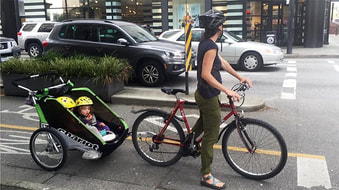 Haul a heavy load
Sometimes we load up our bikes with things we want to carry and we slow down peddling, work up a sweat, and come home exhausted.  An ebike helps carrying a load of goods or people without an extra  effort.   Instead of taking the kids to a park, take them on a tour of parks.  When you enhance your ride with Orblieb waterproof panniers or an Osprey backpack shopping will be easier.  Go a head, buy a watermelon, jug of milk, or 6 pack of beer!    Load up your ebike and leave your car at home.

Vary your ride from day to day
Don't be stuck in taking the same ole route everyday to your key destinations just because it is the shortest or flattest.  Take the long way and explore other neighborhoods.  In many cases, an ebike is a faster way to get around than a car. 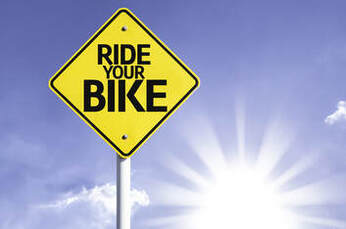 Reduce number of auto trips
Tread softly on the plant by using green transit place of a trip by car.  The non-polluting ebike is one of the more positive environmental things you can do for the planet.   An ebike is an option  for people who cannot afford or do not want to own a car.    Replacing a car trip with an ebike trip for communiting and running errands results in 1) healthier cities, 2) less traffic congestion and pollution, 3) healthier riders.  Studies show that 80% of trips are within four miles from home which  is a bike-able distance.  Forget the car and ride an ebike. 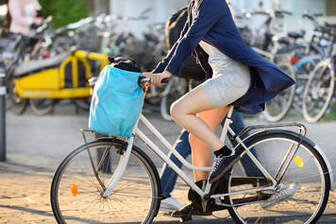 Conquer commutes and tackle the first and last mile
An ebike will take you door to door, from your home to work, the grocery store, friend's house, etc..   If at any point during your regular commute you start to struggle with the wind or a hill, turn on the turbo boost to get a burst of power that assists so you can be on your way.
​

The University of Zurich study (1) found that ebike riders tend to get the same level of physical activity due to covering much greater distances, and choosing their bike over motorized modes of transportation for some trips.

A Brigham Young University study (2) found that  the ebike ride still pushed riders into the “moderate to vigorous” heart rate zone—in fact, they hit 94 percent of the average heart rate as on a conventional bike.  In addition, their perception of the ebike ride was different: It didn’t feel like a strenuous workout. They still got the benefits of riding, but did feel as challenged. That’s good for people who might be less inclined to exercise, because of an injury, say, or coming from a more sedentary lifestyle. For them, ebikes might be a way to overcome the “workouts are too difficult” problem and be a catalyst to help individuals become more physically active.

"I love the e-bike!  I just can't say enough.  I love being on my old bike, but the e-bike has improved the quality of my ride.  I can put in as much effort as I want, or not.  It lets me ride without being concerned about having enough energy to last until the end of the ride." - Vicki

“When people first jump on an e-bike, their face lights up.  It’s exciting and joyful in a way that you don’t get from a regular bike.” - Ryan Rzepecki, Chief Executive of Jump Bikes

"Easing along on city streets at 20 miles an hour while enjoying the outdoors, combined with saving time by dodging traffic and saving gasoline money, beats the hectic race to our jobs that end in backed-up lines of cars incessantly honking." - Richard Mason

"E-bikes are like smack. If you don’t want to get hooked, don’t try one." - Lorenzo Semple

"I recommend everyone who can afford one should get one.   Sell your car, buy an e-bike. It will change your life." - William Henderson, CEO Ride Report

"An ebike gets you as much exercise as you want." - Tora Harris, CEO, Juiced Bikes